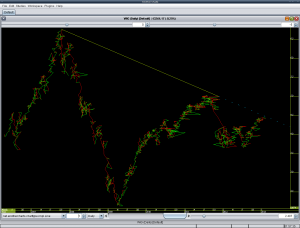 Another Charts is probably the most configurable and expandable software for technical analysis on the world.

Another Charts is the only software which render stock quotations in three dimensions (time x price x volume) and the only in which it is possible to place graphical tools in form of conic sections (circle, ellipse, hyperbola, parabola) and trigonometric curves (sinusoid, tangentoid)  (see all built-in graphical tools) on chart. 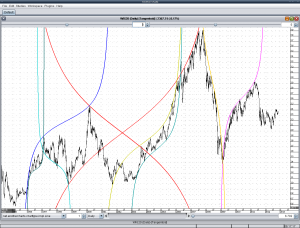 Unlike other programs of  such type, Another Charts focuses on the classical technical analysis and does not offer ability to add indicators to a chart or  to create automated trading systems at the moment. Another Charts, thanks to it’s build and unusual features and tools is the best choice for the proponents of the classical technical analysis. 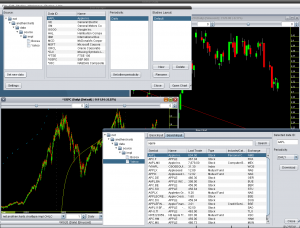 Another Charts is not just another software written by a qualified developers team without any idea on technical analysis, but it is software developed by a man who has spent many years on analysing stock charts and who has specifically learned programming in order to create a tool non-limiting one’s imagination.

Another Charts has been written in Java language, so you can run it on any operating system, on which it is possible to install Java Runtime Environment version 7 (Windows XP or newer, Linux, Mac OS X 10.7.3 or newer, Solaris).

Another Charts is currently released as beta version (1.0-beta-1). It means that the program still has some minor bugs but is usable. Until the stable version is released,  API will be significantly changed (see Roadmap), but  for end users those changes will be invisible.

Beta version is offered with a 50% discount (for 110 USD instead of 220 USD), in form of lifetime license for a single user, with free updates under 1.x version. Order now.